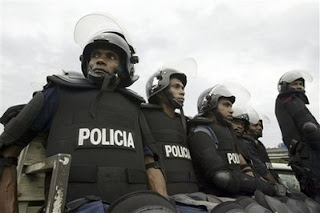 “We have seen the video of the maltreatment; therefore will contact all the media outlets coming to cover at three. We the commanders condemn such excessive act in the terrain,” De Jesus said.
at Tuesday, February 09, 2010