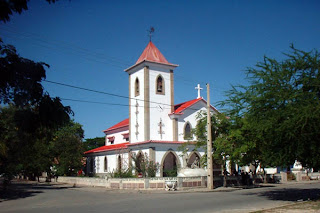 Aderito Soares says he's aiming for generational change as well as prosecutions in court to tackle the crippling problem of graft in East Timor.

Several Opposition politicians and non-government organisations have voiced concern the Commission will not be able to pursue high-ranking officials accused of corruption.

Mr Soares has told Radio Australia he understands the concerns and the expectations placed on the Anti-Corruption Commission.

"There are a great expectation at the moment on the ground, you know from the public, and these things have to managed in a very prudent way," he said.

"This is really the challenge and the art of the Commission, and I can't promise, but I'm optimistic that the Commission can do something differently on the ground."

Image added by ETLJB: The Catholic Church in the Dili suburb of Motael.
at Wednesday, February 10, 2010